Maidan and faith in God 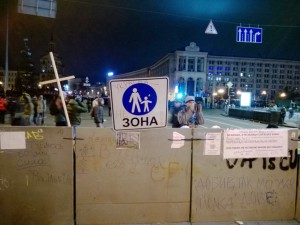 Nobody expected a revolution in Ukraine at the end of 2013 which came as a result of the Ukrainian Government’s decision to suspend signing the Ukraine-EU Association Agreement. The next day hundreds of people – mainly journalists, political activists and students – poured into the streets in cities across the country to express their protest.

However, after a violent dispersal and beating of peaceful protesters in the early hours of 30 November the situation took a different turn with thousands of people streaming into the central square in Kiev. The protest now was not so much in the name of the EU as against violence. Almost immediately the crowds began to demand the Government to step down.

Most Ukrainian Christian denominations published their official statements in early December condemning violence and calling for peace. Some clerics, however, have publicly demonstrated their anti-government mood, although these were rather an exception.

When hundreds of thousands of people started filling Maidan – the central Independence Square in Kyiv – tents put up by the protesters began to pop-up across the area among which were also prayer tents. One set up by Catholics, another – by evangelical protestant Christians. New Testaments and prayer books have been handed out to the participants. Moreover, the central stage has often been used for religious purposes with calls for trusting in God, prayer and repentance of sins. 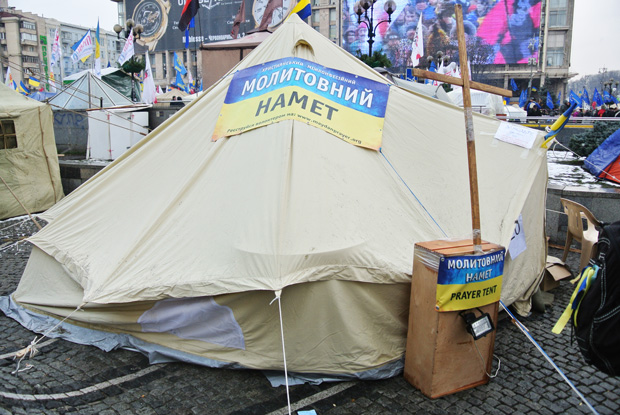 Victor Yanukovich the President of Ukraine has called on Ukrainian citizens to pray to God for the political crisis to be resolved. He also participated in a special prayer service for the country attended by heads of the nation’s major Christian denominations on 20 December.

In light of the above it would be safe to say that Christianity as a religious factor has played a major role in the current mass street events in Ukraine. That once again proves that personal belief in God is deeply rooted in the lives of Ukrainians and minds of Ukrainian politicians.