Analytical Note on the Ukrainian Crisis (by Ruslan Kukharchuk) 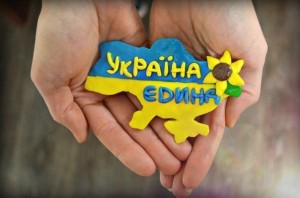 We can witness an extremely critical situation due to the political crisis and the military conflict in Ukraine. It started to evolve in November 2013 when President Victor Yanukovych announced his decision to postpone the signing of the Association Agreement with the European Union.

Great numbers of inhabitants in the eastern regions of Ukraine welcomed that stepof the government due to the fact that large enterprises in the East had firm industrial and trade relations with Russia.

However, most people in the central and western regions of Ukraine and Kyiv vigorously protested against the decision to delay the signing of the Association Agreement. Thus on November 22nd, 2013 several dozens gathered at the Independence Square in Kiev to voice out their peaceful protest. For a number of days several hundred people were taking part in those rallies. On November 30th a brutal crackdown took place when the riot police beat up ferociously many rally participants at night. And then the situation started to get out of control.

From that day and till the flight of Viktor Yanukovych from the country the numbers of participants in street protests in Kiev increased steadily up to hundreds of thousands. In the beginning they demanded the resignation of the minister of internal affairs, later they called for the resignation of the government. But those demands were not met.

Finally, they started to insist on the resignation of Yanukovych. Radical groups of demonstrators were burning tires and moving closer to the government buildings. On February 18-20nd near the Independence Square an armed confrontationbetween the policespecial troopsand the protesters burst out. More than a hundred people were murdered. On February 22nd Victor Yanokovych fled away hurriedly to Russia. On February 23rdthe Parliament of Ukraine noted the fact that Yanukovych had withdrawn from power and therefore in accordance with the Constitution the duties of the head of the state were temporarily delegated to the speaker of the Parliament Oleksander Turchynov.

However, Viktor Yanukovych has not signed the statement on the resignation from the presidency and the Parliament has not carried out the impeachment vote. It became a formal basis for the political elites of the Crimea and the Donbass region to reckon Kyiv authorities as illegitimate. And then Russia engaged into the process taking chance on the critical situation and the unbalanced power vertical in Ukraine.

On March 1st Federation Council of Russia gave to Vladimir Putin the permission to use the army outside the Russian border. The active phase of the occupation and the annexation of the Ukrainian Crimea started. Thousands ofRussian military together with the local authorities blocked the Ukrainian troops throughout the territory of the Crimea. The Ukrainian army turned out to be totally unprepared for the armed conflict as during all of the years of independence the possibility of armed conflict with Russia had not been taken into consideration. Finally, on March 16th a violent and illegitimate referendum took place where the vast majority of the residents of this Ukrainian autonomy supposedly voted for the annexation of the Crimea by Russia.

When the Russians ended their campaign in the Crimea, they turned to Eastern Ukraine. In April and May several towns in Donbass — namely Slavyansk and Kramatorsk — went under their control. Main government buildings were taken as well as regional state administrations in Donetsk and Lugansk. All this happened and still happens under the guidance of Russian professional militants. Though there are many locals who were not satisfied with the difficult economic situation over the years. There is another factor which incites the local people — they disagree with liberal immoral «values» of the Western civilization which they falsely associate the new Kyiv authorities. The purpose of the insurgents and militants isto separate these areas from Ukraine and subsequently join them to Russia or to create new quasi-entities.

In April the central Ukrainian government started an active phase of the antiterrorist operation in order to liberate the captured cities and public institutions from the armed men. And actually this war is for the maintenance of the integrity of the Ukrainian state. The war has been going on for several months now. They could not run the presidential elections in several major cities in Donbass because of it. New militants and weapons are being delivered through the Russian border. The Kremlin assures that Russian officials have nothing to do with the fact but stillthey let deadly caravans through their border into the Ukrainian territory permanently. 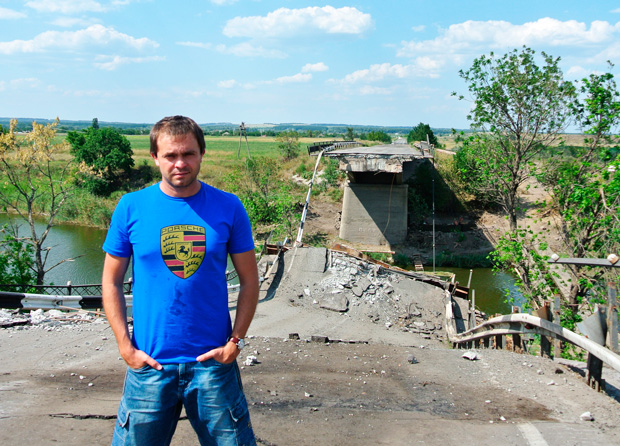 Today several cities and many villages in Donetsk and Lugansk regions are devastated and people escape in order to save their families. The largest destructionswere caused in Slavyansk and the nearby villages in Donetsk region. The town’s population is 120 000 and more than half of it has fled. Also there is a large flow of refugees from other towns and villages in the Donbass region and the Crimea. They escape to other parts of Ukraine just to save themselves and their families. The total numbers of refugees and displaced peopleby the end of June 2014 are more than 100 000. They mostly run away to Kiev, Odessa, Cherkassy, Dnepropetrovsk and Lvov regions.

The refugees could be put into several specific categories:
1. People who now reside in the Donbass region and publicly speak out in favor of the territorial integrity of Ukraine are in the greatest danger.
2. Evangelical believers in Protestant churches are endangered – several church buildings were seized, several pastors were taken hostage and one of them was killed. The militants often tell them bluntly that there will be noProtestant evangelicals in this area.
3. Approximately 15 000 Ukrainian military personnel and their family members left the occupied Crimea and settled down in Kherson, Mykolaiv and Odessa regions.

At the present the majority of work connected with the evacuation of people and with assisting them is being carried out by Christian churches and non-government organizations as the state does not possess sufficient resources for it.

Besides, the state is now fully focusedon the military and political solutions of the situation. In the end of June about one third of the total number of refugees (more than 30 000 people) did not have money even for basic settlement of their families in their new place of residence. So today we can refer to the number of 30 000 refugees being in a very critical need of humanitarian assistance.

Without doubt there is an urgent need to organize the unified center which will coordinate the work with refugees. This is the reason for the coalition of Christian organizations «All together» to take the responsibility in an attempt to facilitate this process.