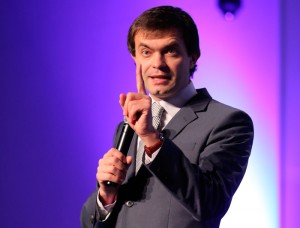 «Let the people know the facts and the country will be safe.» — Abraham Lincoln

“The first casualty when war comes is truth.» — Hiram Johnson

Over the two past centuries, mass media has been a full-fledged subject of military conflicts across the world. Initially represented by newspapers, mass media gradually expanded its platform to the radio, television and at the end of the 20-th century – Internet. Not only all of them – editorial offices, journalists, editors and media owners – cover negotiations and battles but also participate in them head-to-head.

Mass media and war seem to have become one. At times, it looks like they need and nourish each other, live off each other, and are created for one another. Particularly today.

It was only after the terrorist attack of September 11th that the star of Al-Jazeera TV channel rose. Al-Jazeera covered the military campaigns in Afghanistan and Iraq and provided ongoing broadcasting of Osama bin Laden’s statements. This marked an explosive popularity growth of this broadcaster previously unknown on the international stage for years.
Ukrainian public channel Hromadske TV blazed right in the midst of the Ukrainian revolution in the winter of 2013-2014. Regular live broadcasts, public on-the-ground streams, technical mobility in the conflict zone caused this online broadcaster to skyrocket.

Another telling example is the Russian TV channel LifeNews. Launched in the fall of 2013, it turned into a full-fledged information giant during the Russian annexation of the Crimea and of course during the war in Donbas region. LifeNews’ journalists had a preferential right to accompany mercenaries in all of their military campaigns in Eastern Ukraine.
It was also during the revolutionary events that Ukrainian websites reached the threshold of 1 million visitors a day.
All the above said TV channels and websites have nothing in common in terms of editorial philosophy and corporate values. But all of them illustrated how media success depends on war…

And here a symmetrical statement arises: the war success also depends on the availability of adequate media and their performance. For example, a performance like this: “They grabbed a three year old boy in underwear and nailed him to the announcement board… Then they grabbed his unconscious mother, fastened her to the tank and made three circles around the square…”. This TV story is an epochal, notorious and highly illustrative episode of anti-Ukrainian propaganda on the main Russian TV channel, Channel One in July2014.Galina Ostapenko-Pyshnyak simply lies; anyone in the sound mind knows and understands that. But the main TV channel in the country sees it possible and even necessary to broadcast this lie as loudly as it can. What for? Because war demands lie!

Without slander battles abate. Mutual destruction is in strong need of informational support routed in lies. Informational manipulation, lies, fact distortion, maneuvering comments – all these are like oxygen for matches, and without this oxygen the fire immediately dies out.

Some of the most terrible events and bloody wars in the history were routed in lies. Hitler was able to launch World War II by lying that Poland attacked Germany. A drastic genocide in Ruanda in 1994 and the killing of over half a million people in three months became possible thanks to the slander and provocation on the Free Radio and Television of the Thousand Hills as well as Kangura newspaper. Civil conflict in Ukraine and Russia-sponsored war in Donbas were enabled by the lies in the mass media that turned people against each other.

It is impossible to end the war by symmetrical lies, even if this lies is driven by noble motives. Only truth can stop the enmity. We have had enough of fulminates where clean water was only one of the ingredients. The audience is thirsty for clear water. And this thirst will become increasingly evident – either now or in the near future. Pure water is pure truth. Truth the way it is. Water revives life. Truth revives peace.