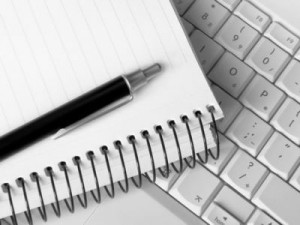 Political neutrality — is the rule of a good etiquette for a journalist. But even this seemingly immutable tenet starting to oscillate and fall. Monitoring the processes in the World’s largest media, I come to the conclusion that the politically neutral journalism either rooted in the past, or, at least, is no longer exalted to the rank of the absolute.

For example, no doubt that for somebody it still remains unclear what kind of politicians and political forces the Russian TV channel «Dozhd» is advocating… Or American TV channel FOX … And how the newspaper “The New York Times” de facto agitated for Obama in general editorial column during the elections of 2012.

Something similar is going on in Ukraine. Despite well-known seemingly accepted principle of political impartiality, many eminent political journalists in the parliamentary elections of 2012 very openly and straightforwardly urged to vote for specific Majoritarian candidates and certain political forces.

It is good or bad – I do not know. I only describe the processes that get outlined as trends. But even with all of this, the journalists’ neutrality in the political context is rather positive than negative, although it is getting increasingly ignored. But the neutrality of media workers in the moral and ethical issues – is rather a strange and illogical phenomenon, although it is increasingly imposed.

How can you be neutral when it comes to eternal values ?! How is this possible to exist outside of a very clear and a meaningful position, where the things on the agenda are issues of family, honor, and the good name of the father and mother? Holistic people usually treat these with openness, sincere piety and appreciation.

I get the oppressive impression from an unwritten rule to abundantly shock the audience with informational dirt, meanwhile shamefully hiding the good content under the rugs as «unformatted», «advertisement» and «propaganda.» The media is always ready to transmit and replicate the work of psychics, but at the same time to scoff at the Christian practice of praying for the sick. The Russian portal «Big City» has with enthusiasm conducted a week of a homosexual propaganda, but the promotion of the natural heterosexual family is mainly the subject left for religious media. And yet someone will still continue to argue that in such a media platform, other journalists should not broadcast their Christian ethical beliefs through their profession?

Without a doubt – the Christian creative media workers naturally have the right to make their values of the essence to their own audience, and if not in informational genres, then definitely in the analytical and artistic ones. But if the editorial office creates the opposition, it encroaches on the freedom of speech and on the variety of themes.

The editorial politics are a reflection of personal values of the editorial staff. Their own ethical integrity, commitment to the eternal values of Holy Scripture surely ennobles TV airs, newspapers, magazines and content of our web browsers.